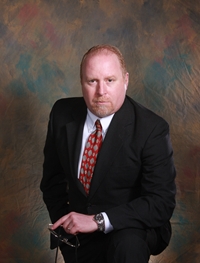 Welcome to my website. I hope you find it informative and helpful.

I practice in all areas of Ohio, with my primary base in Northwest Ohio. I am licensed to practice in any court in Ohio, and am admitted to practice in the United States District Courts for the Northern District of Ohio and the Eastern District of Michigan, and in the United States Court of Appeals for the Sixth Circuit (Michigan, Ohio, Kentucky and Tennessee). I have clients from all across the country who have come to me in time of need. I concentrate my practice in the fields of criminal law, family law, juvenile law (delinquency), and appeals of all matters. If you are going through a divorce and your spouse is an alien whom you sponsored to immigrate to this country and you signed an INS I-864 Affidavit of Support (also known as an I-864 Affidavit of Support) in order for him or her to enter the United States, and enforcement of the Affidavit of Support is an issue, I can assist you.

I strive to keep my client base small, so that I can give each client my utmost attention. I take great pride in what I do, and provide the type of legal representation that I would want for myself if I ever had the need.

My greatest asset is my ability to think “outside the box.” And I never hesitate to enlist the help of other lawyers and experts when needed. I have assembled many great teams, drawing upon America’s leading experts in the areas of forensics, excessive-use-of-force, psychology, accounting, and other areas of expertise.

I am often referred cases from other lawyers when they learn of the complexity of a given matter well after they have undertaken representation of the client. I relish a challenge, and through innovation and hard work, can often take a case that looks like a “sure loser” and deliver outstanding results.

Please feel free to contact me* with questions about your legal issue. Provide as much information as possible so that I may understand your problem. While this contact does not establish an attorney/client relationship, all information is protected by the rules governing confidentiality and will not be shared with others except to the extent it may be necessary to fully evaluate your case, and for no other purpose. Anyone with whom I consult about your case is likewise duty-bound to maintain confidentiality.

Let me put my over 25 years of experience to work for you.

I require a retainer to undertake your representation. A retainer is a sum of money that you pay to me to retain my services. Retainers are refundable to the extent that they are not earned. The retainer is deposited into a trust account where client funds are maintained. I don’t touch the money until I have earned the money. I generate monthly invoices for all of my clients. The invoices are detailed; they show the date that work was performed, a detailed description of the work performed, and the amount of time spent doing the work, in 1/10-hour increments. The invoices show how much money has been moved out of the trust account from your retainer and into my business account to pay myself and my operating expenses. The invoices will show how much of your money is left to work with, if any, or if there is a balance due. The invoices are payable upon receipt.

I generally charge $200.00 per hour for my services. I bill against your retainer.

I also accept all major credit cards. Payments by credit cards can be made directly from this website (“Payment” page).

“One of the most expensive things in this world is an inexpensive lawyer.”  -Anonymous.